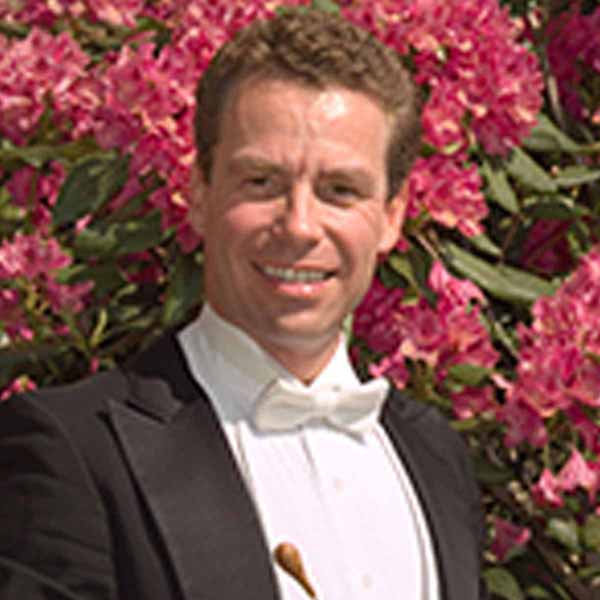 Dr. John Stanley Ross is Director of Bands and Associate Professor of Music in the Hayes School of Music at Appalachian State University where he serves on the graduate faculty, conducts the Appalachian Wind Ensemble, Chamber Winds and Concert Band, teaches courses in graduate and undergraduate conducting, supervises student teachers, serves as the advisor for the Rho Tau chapter of Phi Mu Alpha Sinfonia and the Appalachian Chapter of the National Band Association, and guides all aspects of the ASU BANDS program.

He is a frequent guest conductor, adjudicator and clinician throughout the United States and has also conducted in China, Romania, and South Korea. Ensembles under his direction have performed at state conferences in Michigan, Minnesota, and North Carolina and at the American School Band Directors Association National Convention and the Mid-West International Band and Orchestra Clinic. Awards received include the 2016 Appalachian State University Global Leadership Medal, 2008-2009 Honors Edition of Who's Who Among Executives and Professionals, Phi Beta Mu International School Bandmaster Fraternity, Who’s Who Among America’s Teachers, Who’s Who In America, Who’s Who for Professionals, the Minnesota Band Director’s Association Award, National Foundation for Advancement in the Arts, and the Citation of Excellence from the National Band Association, He has commissioned and arranged several works for winds and has conducted over thirty world premieres. His performances have been heard on National Public Radio’s Performance Today series and have won the praise and admiration of composers such as Karel Husa, Michael Daugherty, John Mackey, Samuel Adler, David Gillingham, William Harbinson, and David Maslanka, among others. Dr. Ross has studied conducting with John L. Whitwell, H. Robert Reynolds, Larry Rachleff, Frederick Fennell, Elizabeth A. H. Green, and Gustav Meier, among many others. Dr. Ross is a member of Phi Mu Alpha Sinfonia, Kappa Kappa Psi, the College Band Directors National Association, the National Band Association, the College Music Society and the World Association for Symphonic Bands and Ensembles.

Conducting With Heart and Intent

Conducting: Communication of the highest order

In collaboration with an instrumental ensemble, the demonstration of many techniques that demonstrate living in three time zones, listening louder than you play, being the music, seeking the action, and many other detailed aspects of communicating spontaneously and simultaneously.

Increasing Awareness and Perception so that one's sense of reality fully matches actuality.

Hands on demonstrations to show many different ways of improving the technical aspects of playing in ensembles through the aesthetic of making music.