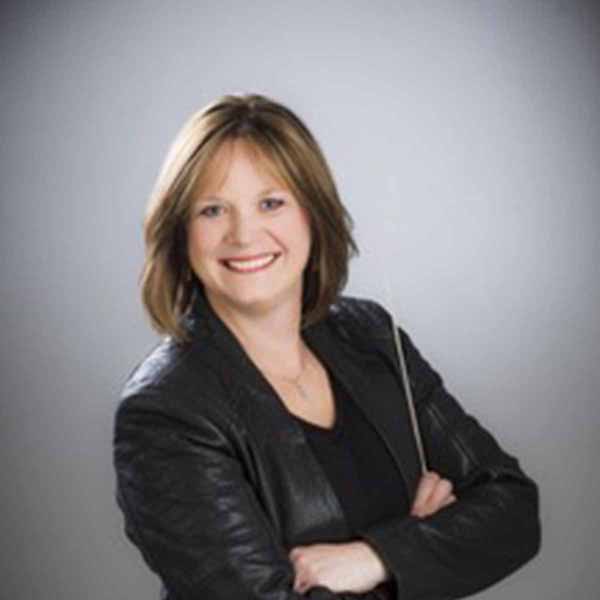 Dr. Wendy McCallum is a faculty member in the Brandon University School of Music where she conducts the Symphonic Band and teaches undergraduate and graduate courses in music education and conducting.

Committed to excellence in music education, McCallum taught band and general elementary music before pursuing graduate studies. In addition to designing professional development sessions for music educators, she has presented at provincial music education conferences, College Band Directors National Association regional conference, and the International Midwest Band and Orchestra Clinic. Her work as a solo and ensemble adjudicator and clinician for concert and jazz ensembles has taken her across Canada and the United States. She serves as guest conductor of university, community, and military ensembles, as conductor at the International and Rushmore Music Camps, and as facilitator of conducting symposia. She has conducted junior high and high school regional, provincial, and state honor bands and will be the conductor of the 2018 National Youth Band of Canada.

McCallum holds the Bachelor of Music and Bachelor of Education degrees from Brandon University and completed a Master of Music in Instrumental Conducting at the University of North Dakota with Gordon Brock and James Popejoy. She received her Doctor of Musical Arts from the University of North Texas where she served as a Doctoral Conducting Associate and Teaching Fellow in the Wind Studies Department with Eugene Migliaro Corporon. She completed her cognate studies in Music Education with Deborah Rohwer and Darhyl Ramsey.

McCallum worked as Lead Writer of the Manitoba Grade 9-12 Music Curriculum Framework, has published in Canadian Winds, and is a regular contributor to the publication and recording series Teaching Music Through Performance in Band and Teaching Music Through Performance in Beginning Band. She is former President of the Manitoba Band Association and Past-President of the Canadian Band Association.

By introducing new strategies to rehearsal routines, we can reduce time spent “off task,” increase student engagement, and reduce rehearsal predictability. Enhancing Ensemble Facility and Musicianship will include strategies to address the development of skills, knowledge, and understanding to motivate students, create a stronger sense of musical community, and increase individual listening skills.

Effective assessment forms the foundation for reflective teaching, creative instruction, and valid evaluation. How can we ensure that we are prepared to assess appropriately and consistently throughout the year?

The success of any music program is dependent on the study and performance of high quality literature. Well-chosen and appropriately sequenced literature forms the foundation for the musical growth and artistic development of young musicians. While teaching music through performance in band, we must seek repertoire of the highest artistic value and strongest compositional craft.

As music educators, we work to create a cohesive performance ensemble while forging a connection between individual student musicians, repertoire, and techniques for performance. This session will examine rehearsal strategies that prepare students to independently negotiate new material and practicing.

When musicians begin to play an instrument in an ensemble setting they want to play as much as they can as soon as they can. We know that their experiences should be designed to establish a strong foundation. We will examine not only what we want students to know but also how we want them to know it in order to have a positive impact on the way we select and rehearse repertoire with our students.